With St. Patrick’s Day approaching thoughts turn to all things Irish like leprechauns, corned beef, Guinness beer and shamrock shakes. Although that last thing is probably more American than Irish. Another popular symbol of Ireland is the Claddagh ring. What is the story behind this unique design that has become almost as synonymous with the Emerald Isle as the shamrock?

The Claddagh symbol consists of two hands holding a crowned heart. The hands represent friendship, the crown stands for loyalty and the heart symbolizes love. 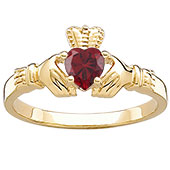 The first Claddagh ring is believed to have been made by a goldsmith from the little village of Claddagh inside County Galway. Legend has it that in the 17th century a young fisherman from Claddagh named Richard Joyce was captured and sold into slavery to a goldsmith in Algeria. While there, Joyce became a proficient goldsmith all the while pining for his native Ireland and his true love Margaret. Once freed, Joyce returned to his homeland and found Margaret faithfully awaiting his return. Using his new skill, he fashioned the first Claddagh ring for his love and they were married. Of course, Ireland is the land of folklore and tall tales and other myths surrounding the origin of the Claddagh ring abound. One is that an eagle dropped the first Claddagh ring into the lap of a woman as a reward for her charitable works. Yet another tale tells of a king who fell in love with a peasant girl but due to class distinctions his love went unfulfilled. The depressed king took his own life and made a last request that his hands be cut off and placed around his heart as a symbol of his unrequited love. The Richard Joyce version seems the most likely and the initials RJ are even engraved in the earliest known Claddagh ring.

How to Wear a Claddagh Ring

Did you know that what direction and hand the Claddagh ring is worn bears significance?

However, these are only traditional suggestions. You can wear your Claddagh ring any way you would like! 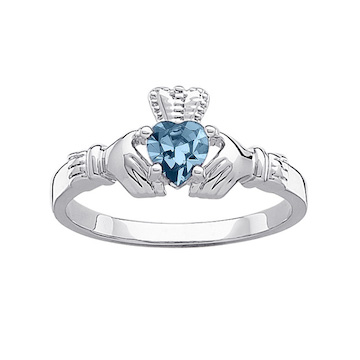 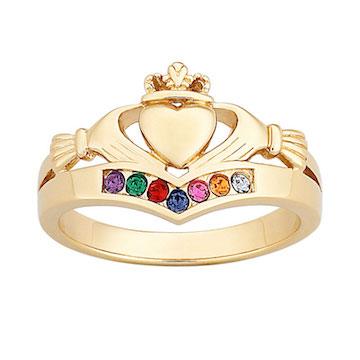 Since its beginnings in 17th century Galway, the popularity of the Claddagh ring has grown tremendously. Part of that widespread popularity was due to Ireland’s great famine between 1845-1849 that drove millions of Irish to North America and Australia. Many Irish families brought their Claddagh rings, that had become generational heirlooms, on their journey.

Today Claddagh rings are worn not only as wedding bands, but as symbols of loyal friendship, Irish heritage or even as a stylish fashion choice. Famous wearers of the Claddagh ring include Walt Disney, Bill Clinton and Jennifer Aniston.

Although the Claddagh is traditionally worn as a ring, it can be worn in other forms including a pendant. Other popular Irish jewelry styles include the Celtic knot and Celtic cross. The cross incorporates a circle, the Celtic symbol for infinite love, while the trinity knot represents an intertwined connection that cannot be broken. Be sure to discover your favorite Irish inspired designs at Limoges Jewelry! 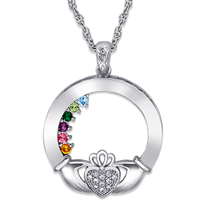 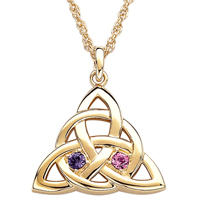 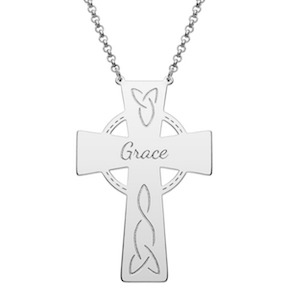